Up at 7:30am washed & shaved, later made our breakfast, Dona, Shawn and I. We had sausage patties,  fried eggs, English muffins,  juice & coffee. Then I prepared 14lb young turkey for oven, washed & dried, then used oil & seasoning to rub total turkey down. Then into cooking bag for a 3hr 20 min cook time.

Dona and Shawn ate right away. I wasn't hungry & didn't eat till 6pm, in the meantime I went out to garage & did25min on trampoline & then did a dumbbell and Bowflex workout. After a shower I had only yams, mashed potatoes & peas, no turkey as it can't be eaten with starch (potatoes) (food combining data).

Watch some television & later after 11pm Coast to Coast Am George Noory host is having (JFK) conspiracy discussion on tonight.
Posted by Nick at 12:38 PM 5 comments:

Keep a Journal for Your Children

My dad kept a daily journal for many years (at least 20, up until 2014 and possibly before that, though those older than that appear to have been lost) and the treasures inside all those volumes (various notebooks of various sizes) have meant so much to me in the weeks and months after his passing. He was of course writing them for himself, but he left all his papers to me, and having them is like having him here with me whenever I open one up and read. I can't think of how much harder I would have taken his death if he had not taken the time each day to write down the events of his life as they transpired. Having those notebooks that he himself held and faithfully wrote in is the nearest thing I have to having him back with me. Thank you, Dad. I love you.
Posted by Nick at 6:01 PM 1 comment:

Happy Father's Day, Dad! For those who don't know, my dad passed away on March 12. This is, of course, the first Father's Day without him and it follows by only one week his birthday, which was June 14. I miss him very much and will for the rest of my life. Fathers are so very important in the lives of their children, and we should never underestimate that importance or role they play. My own father was proudest of the simple title of "Dad".

“When I was a boy of fourteen, my father was so ignorant I could hardly stand to have the old man around. But when I got to be twenty-one, I was astonished at how much he had learned in seven years.” -- Mark Twain 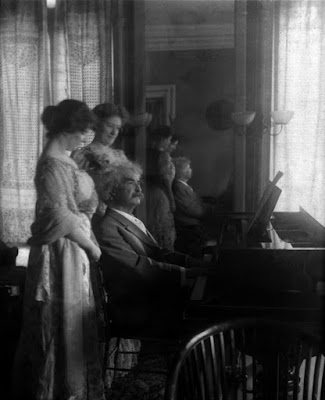 Thank you for being my Dad (Song for Dad) 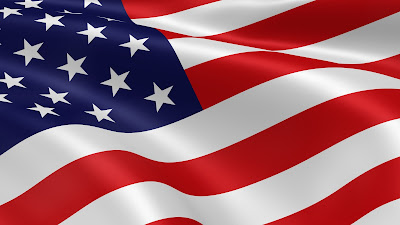 Today, June 14, is my dad's birthday. It is also Flag Day. He would always talk about Flag Day and his birthday coinciding. He once made jokes about the flags on Flag Day being in celebration of his birthday. My dad took joy in very simple things. Every year I gave him a birthday card, and it always meant so much to him. In 2012 I remember the emotion he expressed when I gave him his birthday card. He said that he and I were the closest and that it had always been that way. He had tears in his eyes. This is the first birthday of his since he passed away. It is hard for me today, but I love my dad so much, so I still want to wish him a happy birthday. He promised he would be waiting on the other side, so here is to your day, Dad. I hope you are enjoying some angel food cake today. I love you!
Posted by Nick at 9:05 AM No comments:

These final pictures of my dad, whom I loved (and still love) very much, are hard for me to look at. In short, they make me sad. I had even forgotten that I took them. They were taken on March 10, 2015 at the rehab facility he stayed at after his last hospitalization. I took them surreptitiously (I'm not sure why) with my cell phone camera. My dad passed away on March 12 (nearly March 11, as he was taken to the hospital ER the night before and died at 2:45am on the morning of the 12th). I don't think there were any pictures taken of him after about 2011. I don't know why. Perhaps it was his failing health, that seemed to come on so suddenly, at least suddenly in terms of just a few years. He had always been very active, and it hurt to see him finally walking only short distances with the aid of a walker, and then unable to walk at all, virtually confined to bed 24 hours a day. So maybe we just didn't bother with cameras and picture taking anymore. After that worst day of my life I began to wish I'd taken some photos of him to remember what he looked like at the end. I was still having conversations with him right up to that last day and didn't want my memory to grow completely foggy when trying to conjure his face as it was during those conversations. You see, I had completely forgotten that I had taken the photos below. I just happened to be going through the photo gallery on my smartphone and was surprised to see them. At that moment they actually made me happy for a minute, as I now realized I did indeed have an image of him as he was at this final stage of his life. Unfortunately you can only see him from the back and side as he sits in a wheelchair ready to be taken by a nurse out to the car (as this was the day he was being released to go home). You'll notice though he is wearing a beard. He had not grown a beard since a brief period in the 1970s. It started as a goatee in early 2013, but he let it grow out from then on and, though he did trim it back a few times, toward the end, he gave up that effort altogether, though a male nurse did finally trim it up for him and cut it back some. I will post some earlier photos of him soon. 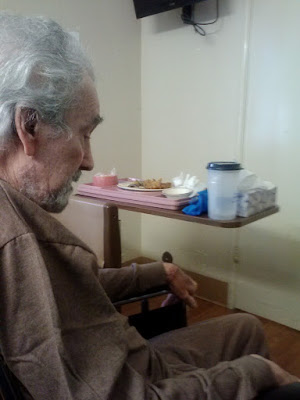 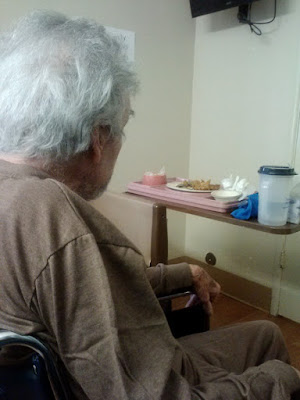 I haven't posted anymore here yet, mostly due to my sadness and depression over losing my dad, but I wanted this to be an active place to remember him, as he deserves to be remembered.

So, I will soon post some photos, probably starting with the very last pictures of him that I forgot I even took.  They were taken by me with my cell phone camera on the day he was being released from the rehab facility he was at (and where he should have stayed, as he really still need 24 hour care at that point).

I will also post some of his own writings, in fact, those will most likely be the most frequent content I eventually put up here, in addition to my own thoughts and remembrances.

My dad was a simple man in many ways,  and I believe good though not perfect. He knew he had made many mistakes in life, some of which he deeply regretted. But he always tried, and I will always admire him for that. I only wish his life had been a happier one, and that he hadn't faced so many health problems and so much constant pain in his final years.

More on all this soon.